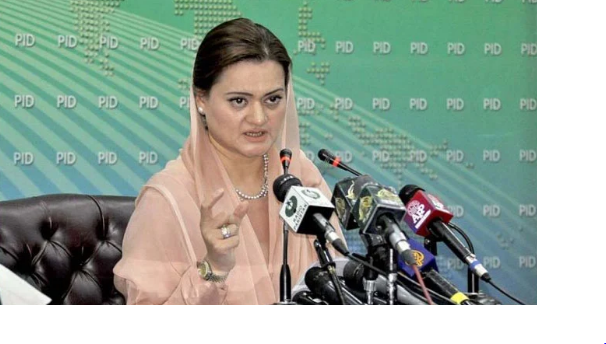 Federal Information Minister Marriyum Aurangzeb on Friday said that the federal cabinet has constituted a special committee to deliberate whether action should be taken against the PTI leadership under Article 6 of the Constitution.

The development on the government exploring Article 6 proceedings against the PTI leadership comes after the Supreme Court released a detailed judgement explaining the reasons why it dismissed former National Assembly deputy speaker Qasim Khan Suri’s controversial ruling on the no-trust move against then-prime minister Imran Khan.

“Whether these acts attract Article 6 of the Constitution (high treason) is also left open to be determined by the parliamentarians to ponder should they leave open the doors for such unconstitutional acts or take suitable measures to stop such like mess in future,” said Justice Mazhar Alam Miankhel in an additional note in the judgement.

In her press conference in Islamabad today, Marriyum dilated upon decisions taken by the federal cabinet.

She said a special committee has been formed under the leadership of law minister Azam Nazeer Tarar, which will present its suggestions in the next federal cabinet meeting.

She said that the committee would present a report on the implementation of the points put forward by the SC and suggest an inquiry under Article 6 and other laws to prevent constitutional violations from occurring in the future.

The top court’s detailed verdict stated that Suri had breached his constitutional duty by dismissing the no-confidence motion.

Chief Justice Umar Ata Bandial said the April 3 ruling failed to qualify for the protection of the internal proceedings of parliament under Article 69(1) as it was “not the outcome of a vote in the national assembly instead, it was a unilateral decision”. The law states: “The validity of any proceedings in Majlis-i-Shoora (Parliament) shall not be called in question on the ground of any irregularity of procedure.”

Justice Bandial also observed that the controversial action by the deputy speaker triggered a chain of events, the most concerning aspect of which was that it allowed the then PM to claim the constitutionally repugnant outcome of avoiding the no-trust motion without a vote by the assembly.

The government had hailed the verdict while the PTI had termed it to be full of “contradictions”. The PTI chief had also said he was “deeply hurt” by the judgement.

Aurangzeb said that the prime minister and the ministers had lauded the detailed verdict.

“The judgement has proven that the previous government passed unconstitutional orders,” she said, asserting that now was the time to decide whether the “murder of Pakistan’s Constitution, democracy, and laws” was acceptable.

“Hence, the cabinet committee will suggest measures that can be taken against Imran Khan and his government for violating the Constitution and present a report in the next meeting,” she added.

The minister also said that the cabinet had approved the formation of an independent inquiry commission to investigate the Tayyaba Gul case.

In 2019, a video clip surfaced featuring Gul and then-National Accountability Bureau chairman retired Justice Javed Iqbal, which politicians later alleged was used to “blackmail” him into moving against the then-opposition.

Earlier this month, she appeared before the Public Accounts Committee and made shocking allegations about Iqbal.

Aurangzeb said Gul had also claimed that she was “held captive at the Prime Minister’s Office for 18 days” during Imran’s tenure.

“She had filed a harassment complaint at the PM’s portal after which she was called to the PM’s Office and illegally held captive,” the minister said.

Later, all the evidence and videos collected in the case were used against the NAB chief, she alleged.

“Therefore, we have decided to form an inquiry commission,” she said, adding that the law minister would work on formulating the body’s terms of reference and present them before the cabinet at the next meeting.