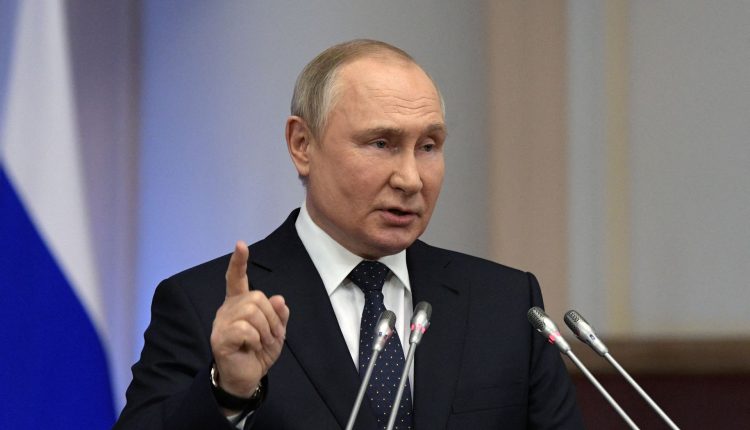 The President of Russia, Mr. Vladimir Putin has signed a decree declaring that Russia would no longer sell vital raw materials to countries that it considered “unfriendly”.

These include most of the nations of the West. This step is a complete disaster for the European Union. It is basically signing a death warrant for all European economies. It is feared that European economies might not survive this draconian action. A year from now, the standard of living of all Europeans will be substantially lower than what it is today. It is the right time now for all Europeans to consider what is about to come and how will their lives be affected by this decree. If you are a middle-class resident of European Union, then a year from now you are mostly likely to become very poor and probably unemployed.

Economists believe that the Europeans have committed financial suicide by imposing sanctions against Russia. They enforced sanctions and imposed total economic warfare on Russia thinking that Russia’s economy would collapse because of the European sanctions. They thought that Russia was like Iran except the nuclear weapons. Iran is not such a big nation that it can really be autonomous and that it might be able to meet all its needs. But Russia is! Russia is perhaps the only country on the planet that is self- sufficient in every respect. Russia is the only country in the world which can make and utilize its own raw materials, its own energy commodities and its own industrial and consumer goods. Certainly, in many aspects, western goods are better than Russian goods, but Russians can get by. They can live without Apple iPhone or BMW cars. But Europe can not survive without wheat, Aluminium, Neon, gas or oil from Russia. They need Russia more than Russia needs them.

The Europeans, at the start of this conflict, imposed so many sanctions on Russia. The Russians did not respond immediately. Because it is not the Russian style to retaliate immediately. They take their own time to respond. The Russians were slow to harness but quick to rise. And that pretty much sums them up. They make they take their sweet time, but once they have made up their mind and decided their course of action – they stick with it. This decree that Mr. Putin signed last week means that the European industry will not have raw materials to keep their industries running. European food processors will not have the raw materials – the wheat, the Barley and the grains, to feed the European people. Europeans are likely to go hungry and cold and all European products and services will be scarce or suspended. The European economy because of this decree is going to crash.

Euro is going to crash in value. It’s inevitable.

Why did all the European States impose all these sanctions?

Why did the Europeans did something so incredibly reckless such as to steal Russia’s sovereign funds? 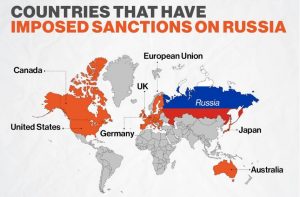 Russia had on deposit with European financial institutions all the money it had received by selling Russian commodities to Europe. That’s where the money came from. So what the Europeans did by confiscating these monies is that they basically stole Russian money. They took Russian commodities and did not pay for them. The Russians imposed the two track strategy of asking all European buyers to deposit Euros with Russian banks and take Roubles with the help of which they could buy gas. A large number of European companies were going along with this set up because they needed gas. But now with this decree, the control has swung in favour of Russia.

This is the real decision these Russians have made. The two track policy of depositing Euros and taking Roubles and later using those Roubles to buy gas and other commodities from Russian companies has made Russian currency strong and resilient. This will be expanded not just to Gazprombank but also to oil companies, cultural commodities, metals, gases and all the rest of commodities and services. So this is the future of trade with Russia. Because Russians no longer trust the Europeans, who stalled $285 billion of their money, they will now strike back by forcing all Western buyers to buy their products and services in Roubles only.

Firstly Russians want their money back and secondly “Fool me once – shame on you, Fool me twice shame on me”. Russians will not put themselves in a position to be fooled again. So they implemented this policy in some of the friendly countries like Hungary and Serbia, which will be able to access Russian commodities. But countries like Germany, France, Poland UK, Italy and Spain will be worst hit by this new Russian policy. Residents of all these European countries will be worst hit by price hikes and shortage of food, etc. making their living standard decline phenomenally. Some observers say that if you are in Europe now then try to figure a way to get out of the European continent. Because you are going to suffer hunger and cold in next winter. It is feared that there might be rolling blackouts in Europe where there isn’t going to be enough electricity 24 x 7 by the end of 2023. That’s coming. Europeans have no one else to blame but their own governments because of their hysterical microphobia and inability to see the consequences of their actions. The desire to virtue signals “I stand with Ukraine” is going to hurt the Europeans in a way they have never experienced before. Only people who might have experienced something similar would probably be those grandparents who were alive during the Second World War.

Europe is destined to face an economic collapse which can only be compared with Second World War. And it is because of European governments policies – no one else to blame. The Russians are only reacting to what Europeans did to them. The Europeans gave it their best shot to break the Russian economy and they failed. Now it is the Russians turn. The Russians are aiming to break the European economy and guess what – they actually have the means to do it. And so they might succeed.

Iraqi protests to demand a law against domestic violence

Ex-president & former PM call for political changes amid in Iran

Iraqi protests to demand a law against domestic violence