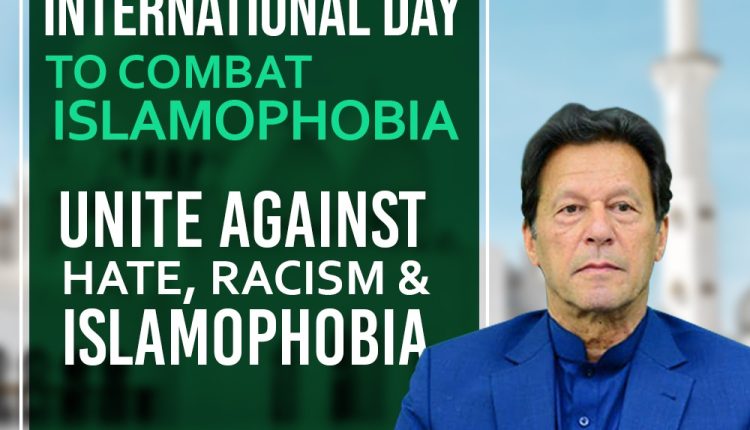 New York: The United Nations General Assembly (UNGA) has passed a resolution calling on Pakistan and the OIC to observe the International Day against Islamophobia.

As per the details, a resolution was tabled at the UN General Assembly to mark the International Day against Islamophobia.

While talking about the damage caused by Islamophobia to the Muslim Community around the world, Pakistan’s Permanent Representative to the United Nations Munira Karam said that Prime Minister Imran Khan has raised voice against Islamophobia at UN. Incidents of violence against Muslims have increased since 9/11. Religious freedom is a basic human right.

She further stressed on the issue and explained that Islamophobia is used to achieve political goals in different countries. Steps are needed to raise awareness against Islamophobia as it has been leading to increase violence and hatred against Muslims.

We should stop the hatred against Islam and Muslims. Promoting religious tolerance is the need of the hour to eradicate Islamophobia, added Munir Karam.

In a tweet the Prime Minister said that I would like to congratulate the Muslim Ummah today, our voice has been heard against the rising tide of Islamophobia.

He further said that the United Nations has adopted a landmark resolution introduced by the OIC on behalf of Pakistan. The resolution declared March 15 as the International Day for Combating Islamophobia.

“I want to congratulate the Muslim Ummah today as our voice against the rising tide of Islamophobia has been heard & the UN has adopted a landmark resolution introduced by Pakistan, on behalf of OIC, designating 15 March as International Day to Combat Islamophobia,” said Imran Khan.

He also added that today the United Nations has finally recognized the serious challenge being faced by the world. The next challenge is to ensure that this landmark resolution is implemented.

The PM further stated in his tweet that, “Today UN has finally recognised the grave challenge confronting the world: of Islamophobia, respect for religious symbols & practices & of curtailing systematic hate speech & discrimination against Muslims. Next challenge is to ensure implementation of this landmark resolution.” APP