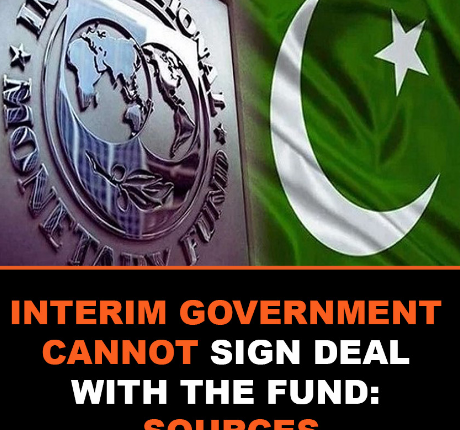 A private news channel reported that the International Monetary Fund (IMF) has urged Pakistan to implement the reform agenda, and sources within the institution shared that any delay could cause a delay in the board meeting that will approve the release of a $1.17 billion loan tranche.

According to IMF sources, Pakistan should execute prioritized areas of the agreement ahead of the executive board meeting.

Moreover, no country intervened in negotiating a staff-level agreement with the country, and the Fund wants a clear policy on energy prices from Pakistan, sources clarified.

They complained that the previous government did not fulfil the agreement with the institution.

The sources clearly said that there is no constraint for IMF to negotiate with the caretaker government. However, Pakistani laws restrict an interim government from signing a deal with the Fund. Also, the IMF has no objection to in providing relief to the underprivileged sections of the society.

The IMF team has reached a staff-level agreement (SLA) with the Pakistan authorities for the conclusion of the combined seventh and eighth reviews of the EFF-supported program. The agreement is subject to approval by the IMF’s Executive Board.

IMF’s Communication Director Gerry Rice stated that this brought the total IMF disbursements to Pakistan under the ongoing program to around $4.2 billion. Regarding the timeframe in which tranche would be released, an IMF official said the executive board would most likely meet within three to six weeks.