Russia looking to sell oil to India in Dirhams 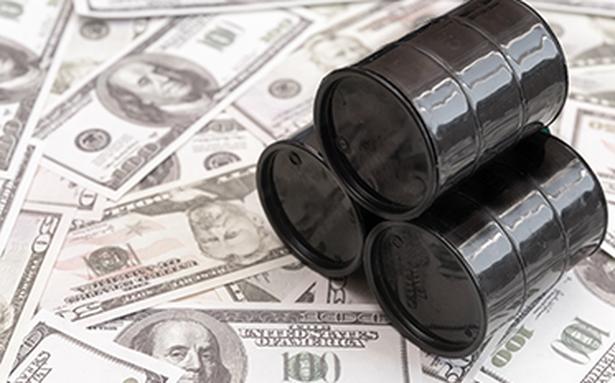 The Moscow currency exchange is preparing to launch trading in the Uzbek sum and the dirham.

Russia is seeking payment in United Arab Emirates dirhams for oil exports to some Indian customers, three sources said and a document showed, as Moscow moves away from the U.S. dollar to insulate itself from the effects of Western sanctions.

Russia has been hit by a slew of sanctions from the United States and its allies over its invasion of Ukraine in late February, which it terms a “special military operation”.

An invoice seen by Reuters shows the bill for supplying oil to one refiner is calculated in dollars while payment is requested in dirhams.

Western sanctions have prompted many oil importers to shun Moscow, pushing spot prices for Russian crude to record discounts against other grades.

That provided Indian refiners, which rarely bought Russian oil due to high freight costs, an opportunity to snap up exports at hefty discounts to Brent and Middle East staples.

Moscow replaced Saudi Arabia as the second biggest oil supplier to India after Iraq for the second month in a row in June.

At least two Indian refiners have already settled some payments in dirhams, the sources said, adding more would make such payments in coming days.

The invoice showed payments to be made to Gazprombank via Mashreq Bank, its correspondent bank in Dubai.

The United Arab Emirates, seeking to maintain what it says is a neutral position, has not imposed sanctions on Moscow, and the payments could add to the frustration of some in the West, who privately say the UAE’s position is untenable and siding with Russia.

The trading firms used by Rosneft have started asking for the dollar equivalent payment in dirhams from this month, the sources said.

Russia wants to increase its use of non-Western currencies for trade with countries such as India, its foreign minister Sergi Lavrov said in April.

The country’s finance minister last month also said Moscow may start buying currencies of “friendly” countries, using such holdings to influence the exchange rate of the dollar and euro as a means of countering sharp gains in the rouble.

The Moscow currency exchange is preparing to launch trading in the Uzbek sum and the dirham. Dubai, the Gulf’s financial and business centre, has emerged as a refuge for Russian wealth.

India’s central bank last week introduced a new mechanism for international trade settlements in rupees, which many experts see as a way to promote trade with countries that are under Western sanctions, such as Russia and Iran.