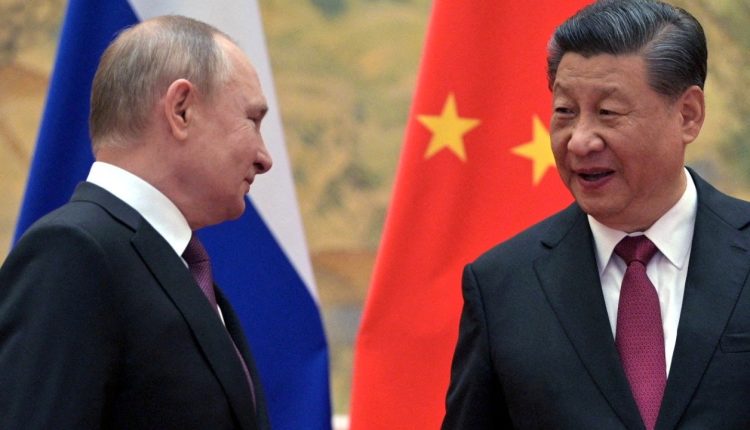 Beijing:  Xi Jinping will leave China for the first time in more than two years for a trip this week to Central Asia where he will meet Russia’s Vladimir Putin, just a month before he is set to cement his place as the most powerful Chinese leader since Mao Zedong.

The trip, Xi’s first abroad since the start of the COVID-19 pandemic, shows he is confident about both his grip on power as he heads for a third term in office and about his role as a world leader at a time of renewed great power friction.

Against a backdrop of Russia’s confrontation with the West over Ukraine, the crisis over Taiwan and a stuttering global economy, Xi is due on a state visit to Kazakhstan on Wednesday.

China’s president will then meet Putin at the Shanghai Cooperation Organization’s summit in the ancient Silk Road city of Samarkand in Uzbekistan, Kazakhstan and the Kremlin said. China confirmed the trip on Monday.

Putin’s foreign policy aide, Yuri Ushakov, told reporters last week that the Russian president was expected to meet Xi at the summit. The Kremlin declined to give details on their talks.

The meeting will give Xi an opportunity to underscore his clout while Putin can demonstrate Russia’s tilt towards Asia; both leaders can show their opposition to the United States just as the West seeks to punish Russia for the Ukraine war.

“It is all about Xi in my view: he wants to show just how confident he is domestically and to be seen as the international leader of nations opposed to Western hegemony,” said George Magnus, author of “Red Flags”, a book about Xi’s challenges.

“Privately I imagine Xi will be most anxious about how Putin’s war is going and indeed if Putin or Russia are in play at some point in the near future because China still needs an anti-western leadership in Moscow.”

The deepening “no limits” partnership between the rising superpower of China and the natural resources titan of Russia is a geopolitical development the West is watching with anxiety.

Once the senior partner in the global Communist hierarchy, Russia after the 1991 collapse of the Soviet Union is now a junior partner to a resurgent Communist China which is forecast to overtake the United States as the world’s biggest economy in the next decade.

Though historical contradictions abound in the partnership, there is no sign that Xi is ready to drop support for Putin in Russia’s most serious confrontation with the West since the height of the Cold War.

Instead, the two 69-year-old leaders are deepening ties. Trade soared by nearly a third between Russia and China in the first 7 months of 2022.

The visit “shows that China is willing to not only continue ‘business as usual’ with Russia but even show explicit support and accelerate the formation of a stronger China-Russia alignment,” said Alexander Korolev, senior lecturer in politics and international relations at UNSW Sydney.

“Beijing is reluctant to distance itself from Moscow even when facing serious reputational costs and the risks of becoming a target of secondary economic sanctions.” Reuters