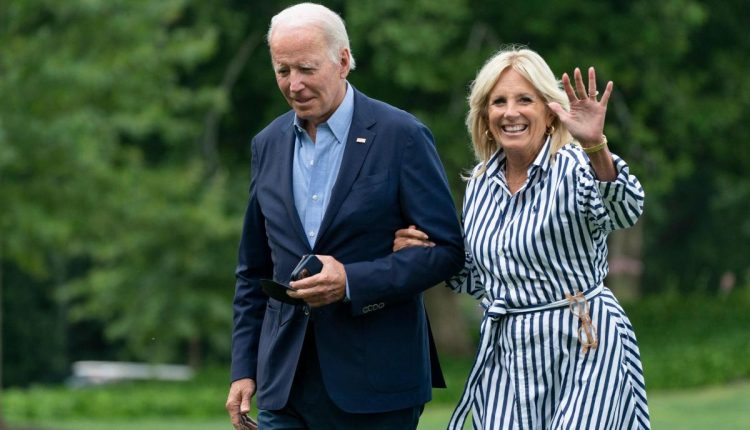 Elizabeth Alexander announced the positive test, saying she will remain in South Carolina until she receives two negative COVID-19 tests.

“After testing negative for COVID-19 on Monday during her regular testing cadence, the First Lady began to develop cold-like symptoms late in the evening,” Alexander said in a statement. “She tested negative again on a rapid antigen test, but a PCR test came back positive. The First Lady is double-vaccinated, twice boosted, and only experiencing mild symptoms.”

Alexander said Jill Biden is taking Paxlovid and will be in isolation for at least the next five days. “She is currently staying at a private residence in South Carolina and will return home after she receives two consecutive negative COVID tests,” Alexander said.

The first lady’s positive test comes not long after the president experienced his own bout with COVID-19. He originally tested positive on July 21 and isolated at the White House while the first lady remained at the couple’s residence in Delaware. He emerged from isolation six days later, but developed a “rebound” case on July 30, forcing him to isolate once again until Aug. 7.