Queen Elizabeth II’s funeral could have 4.1 billion viewers and become ‘most watched broadcast of all time’ 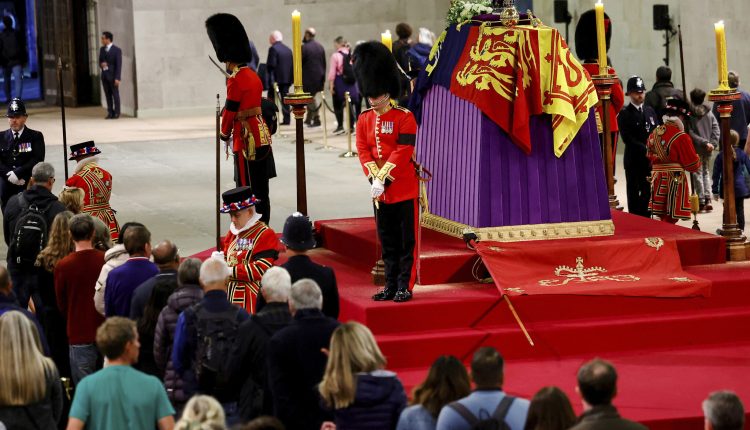 Queen Elizabeth II’s funeral broadcast could garner as many as 4.1 billion viewers, it’s been reported. The event, which takes place on Monday, September 19, would then become the most watched broadcast of all time.

Due to take place at Westminster Abbey in London, it’s believed the live event will garner the interest of half the globe. The historic broadcast will come at the end of a 10-day period which has seen the body of the sovereign brought from Balmoral in the Scottish Highlands to Westminster Abbey.

More: Queen Elizabeth To Be Buried With Her Wedding Ring And A Pair Of Pearl Earrings, Expert Claims

The previous record number of viewers for any broadcast was 3.5 billion who reportedly watched boxing great Muhammad Ali open the Atlanta Olympics back in 1996, reports the Daily Star. But if industry experts’ predictions are correct, the Queen Elizabeth II’s funeral would eclipse all other broadcasting records.

Carolina Beltramo, TV analyst at WatchTVAbroad.com, predicts: “Such is the love and admiration for Queen Elizabeth II around the world that her funeral is destined to be the biggest live TV event in history. Generations of people across the globe won’t have been alive the last time pomp and pageantry were seen on this scale.

The previous record number of viewers for any broadcast was 3.5 billion who reportedly watched boxing great Muhammad Ali open the Atlanta Oly