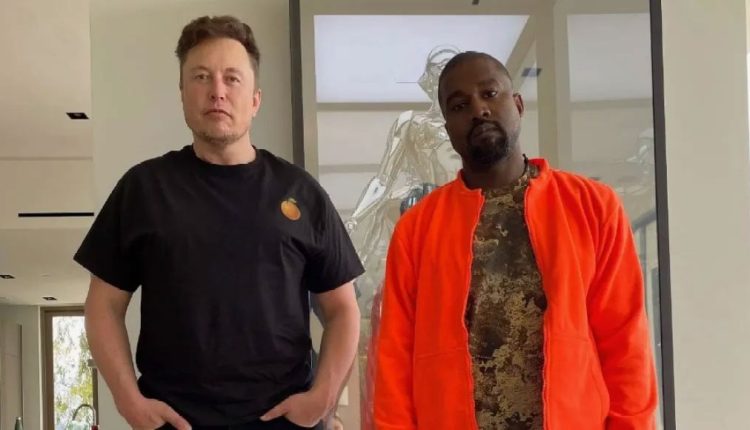 Ye’s account showed a notice that it was suspended after one of his posts had earlier appeared to show a swastika symbol inside a Star of David. The billionaire owner of Twitter, who calls himself a free speech absolutist, had welcomed the return of the rapper, now known as Ye, to the platform in October.

“I tried my best. Despite that, he again violated our rule against incitement to violence. Account will be suspended,” Musk tweeted in reply to a Twitter user who said “Elon Fix Kanye Please”.

Ye, who had more than 30 million followers on Twitter before his suspension, did not respond to requests for comment. Musk has in the past few months expressed his desire to have fewer limits on content that can be posted on Twitter. He said last week the platform would provide a “general amnesty” to some suspended accounts.

Last month, Twitter reinstated some previously suspended accounts, including that of former U.S. President Donald Trump. It was not immediately clear if Ye would be allowed back on Twitter and the company did not respond to requests for comment. Ye posted a screenshot on Trump’s Truth Social platform, showing his Twitter account would be suspended for 12 hours.

The tweet controversy was the latest in a series of actions by the rapper and fashion designer that stoked controversy. On Thursday, Ye praised Nazi dictator Adolf Hitler in an interview with conspiracy theorist Alex Jones on his online Infowars show.

“Ye has arrived in a new ensemble here with us, but I’ll assure you it is Ye,” Jones said at the start of the interview in which Ye wore a black mask over his entire head obscuring his face as well as black gloves. Ye and his representatives could not immediately be reached for comment on his Infowars appearance. Some Republicans condemned Ye’s comments.

Iowa Republican US Representative Ashley Hinson tweeted “Kanye West’s antisemitic comments today were disgusting. His pattern of antisemitic behavior is unacceptable and I condemn it in the strongest possible terms.”

President Joe Biden also appeared to address the issue in a tweet on Friday, without specifically naming Ye. “I just want to make a few things clear: The Holocaust happened. Hitler was a demonic figure. And instead of giving it a platform, our political leaders should be calling out and rejecting antisemitism wherever it hides. Silence is complicity,” Biden said in a tweet on Friday.

Alex Jones, who has faced backlash for his own controversial comments, filed for bankruptcy on Friday, less than two months after a jury ordered him and the parent of his Infowars website to pay nearly $1 billion in compensatory damages to relatives of victims of the 2012 Sandy Hook mass shooting.

On Thursday, Ye also abandoned his plans to buy Parler less than two months after announcing a deal for the social media platform popular among US conservatives. Ye has been dropped by major corporate partners including Adidas AG and has seen his posts removed by platforms like Instagram because of antisemitic remarks and outbursts on social media against other celebrities.

The limits of Musk’s self-professed “free speech absolutism” were laid bare, critics said when he banned rapper Kanye West from Twitter over his latest anti-Semitic outburst on Thursday. Only a few days earlier, Musk tweeted that he was engaged in “a battle for the future of civilization. If free speech is lost even in America, tyranny is all that lies ahead.”

But Musk’s claim to be a free speech absolutist was always going to struggle to survive the clash with reality. “The problem is that Elon Musk has a half-baked free speech philosophy,” said Jacob Mchangama, author of “Free Speech: A History From Socrates to Social Media”.

“Sometimes he talks about total freedom of speech, sometimes about respecting the law. But of course, laws are very different around the world where Twitter is present. Some of the things (West) has said would arguably be punishable in court in Europe, especially in France.”

Few believe that total freedom of speech is possible, especially for a private platform that relies on advertising. “So-called free speech absolutism is just a fantasy,” said influential podcaster Sam Harris earlier this week on his “Making Sense” show. “Almost no one really holds that position even when they espouse it.”

He said some level of content moderation was needed to stop platforms from turning into “a digital sewer”. “Contrary to what most people think it’s legal to shout ‘fire’ in a crowded theatre, but wouldn’t we want the owner of that theatre to remove someone who was shouting that over and over again?” Harris said.

Mchangama said he did not believe West’s comments actually amounted to inciting violence, not least because the rapper has a well-documented history of mental illness that appears to be fuelling his erratic behaviour. “He seems profoundly disturbed rather than trying to organise violence against Jews,” Mchangama said.

He would also like to see more creative solutions to the challenge of content moderation and feels Musk has missed an opportunity. “The best way forward is to empower users to filter more of what they don’t like rather than have governments or big tech make these decisions at a centralised level,” he said. “You can’t have free speech absolutism… but you should err on the side of free speech and there are ways that Musk could have done it. But he’s been chaotic and has not made a persuasive case for the skeptics.”