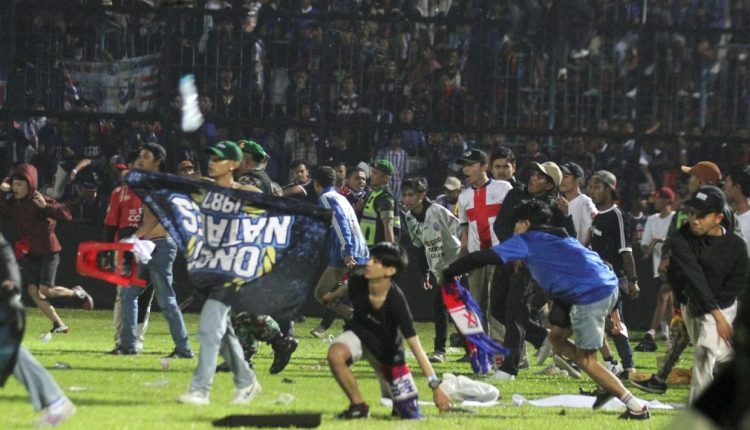 Indonesia’s government called on police Monday to identify and punish those responsible for a stadium stampede that left 125 people dead, as anger mounted over one of the deadliest disasters in the history of football.

The tragedy on Saturday night in the city of Malang also saw 323 people injured after officers fired tear gas in a packed stadium to quell a pitch invasion, triggering a stampede.

“We ask the national police to find the perpetrators who have committed crimes in the next few days,” Indonesia’s chief security minister Mahfud MD said in a broadcast statement.

“We asked them to unveil who has perpetrated the crimes and take action against them and we also hope the national police will evaluate their security procedures.”

He announced that a task force had been formed for an investigation.

The incident unfolded when fans of home team Arema FC stormed the pitch at the Kanjuruhan stadium after their loss 3-2 to bitter rivals Persebaya Surabaya.

Police responded by launching tear gas into packed terraces, prompting spectators to rush en masse to small gates where many were trampled or suffocated, according to witnesses.

Police described the incident as a riot and said two officers were killed but survivors accuse them of overreacting and causing the deaths of scores of spectators, including a five-year-old boy.

“One of our messages is for the authorities to investigate this thoroughly. And we want accountability. Who is to blame?” said 25-year-old Andika, who declined to give his last name.

“We want justice for our fallen supporters.”

National police spokesman Dedi Prasetyo said investigators were analysing CCTV footage around the stadium to identify “suspects who have perpetrated the destruction”.

They also planned to question event officials on Monday as well as 18 officers responsible for being “the carrier or the operator of the weapons”, he told a televised press conference.

In a tearful live address, Arema FC president Gilang Widya Pramana apologised for the club’s role in the tragedy.

“I, as the president of Arema FC, will take full responsibility for the incident that occurred. I deeply apologise to the victims, their families, all Indonesians, and Liga 1.”