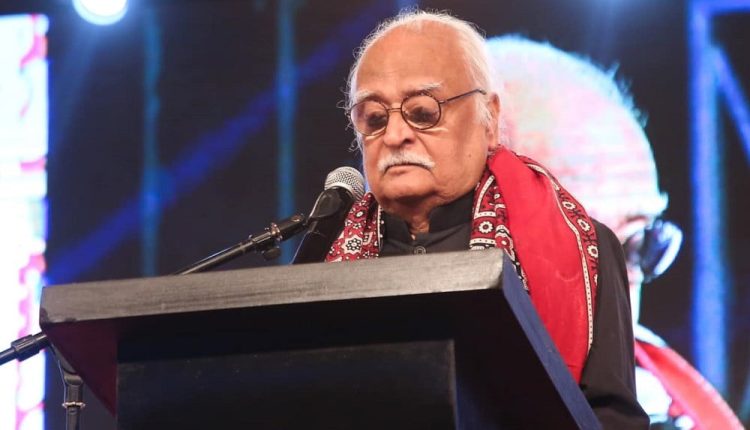 Celebrated writer, presenter and satirist, Anwar Maqsood, at the closing session of the 15th International Urdu Conference, has offered his two cents on clerics using derogatory language against women.

“The end of times is here; do you know what its signs are?” he asked while narrating a story. “When the evil start ruling over the good. When the lie trumps the truth. When courts take verdicts from elsewhere. When clerics use foul language for women, as though it was not a woman but two men who bore them.”

During his time on the podium at the Urdu Conference, Maqsood also stated that Pakistan’s story is a like a film narrative.

“The film’s interval happens in 1971 when East Pakistan becomes an independent state. Towards the end of the film, one man is begging for money from America, China, Britain, Saudi, UAE, and is claiming that if Turkey lends him money, he will be able to return all of these countries the money they lend him. A boy is scene narrating a few verses. He says, ‘Khuda se maang jo kuch maangna hai ae mukhlis, yehi wo darr hai, Jahan zillat nahi sawal ke baad.’”