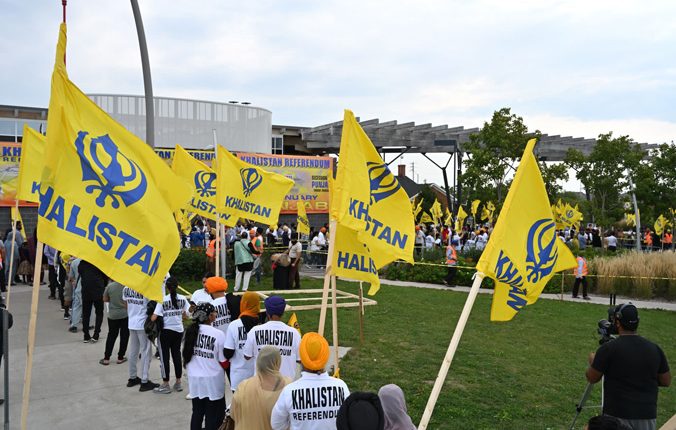 New Delhi: After over tens of thousands of Sikhs poured out to vote for Khalistan Referendum in Brampton, Canada, a public diplomatic war has erupted between Canada and India.

Canada issued a tit-for-tat travel advisory to its citizens to avoid travel to several parts of India and exercise a high level of caution due to “threat of terrorist attacks throughout the country”.

Canadian government has issued the travel advisory exactly four days after India issued an aggressive advisory on 23 September for its students either living in Canada or planning to travel to Canada, telling them that Canada had become a hub of Khalistan supporters and anti-India activities.

Sikhs For Justice (SFJ) had criticized India’s advisory as a threat to freedom of speech and expression of Sikhs in Canada who are supporting the “liberation of Punjab”. In an unprecedented move, Canada has now advised its citizens to avoid all travel to areas in states of Gujarat, Punjab and Rajasthan, which share a border with Pakistan due to the “presence of landmines” and “unpredictable security situation”.

Canadian advisory states, “Avoid all travel to areas within 10-km of the border with Pakistan in the following states due to the unpredictable security situation and presence of landmines and unexploded ordnance: Gujarat, Punjab Rajasthan.”

It also urges people to avoid non-essential travel to Assam and Manipur “due to the risk of terrorism and insurgency.” Prime Minister Justin Trudeau’s govt issued travel advisory after India not only issued a highly critical travel advisory on Canada but also its Foreign Office attacked the Canadian government for allowing Khalistan Referendum voting in Brampton on 18 September. Web Desk