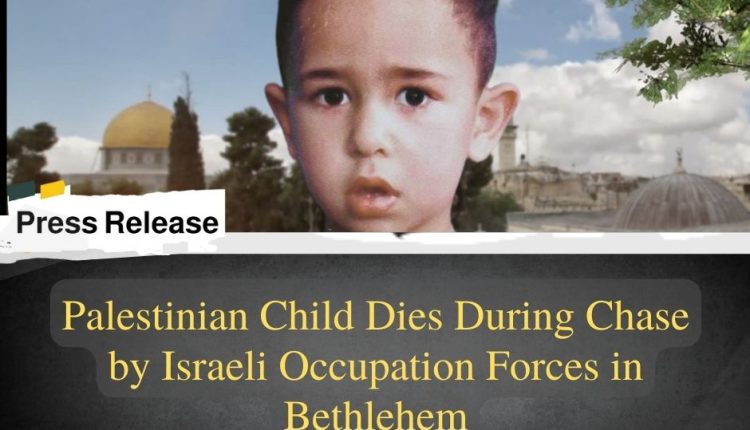 Jerusalem: A Palestinian child died of heart failure while being chased by Israeli soldiers in the occupied West Bank, his father said, an account disputed by the army while Washington voiced sorrow at the incident and encouraged an investigation.

Seven-year-old Rayyan Suleiman was coming home from school with other pupils in the village of Tuqu when troops gave chase, and he “died on the spot from fear,” his father Yasser said in a video circulated on social media.

A medical official who inspected the body told Reuters that it bore no sign of physical trauma and that the death appeared consistent with heart failure. The Palestinian Foreign Ministry condemned the incident as “an ugly crime” by Israel.

“Rayan saw the soldier in front of him, and was shocked and dropped dead out of fear,” Al Jazeera quoted Rayan’s cousin, Mohammed Suleiman, who was with him at the time.

An Israeli military spokesman said troops were in the vicinity at the time to search for Palestinians suspected of fleeing into the village after having thrown rocks at motorists.

“An initial inquiry shows no connection between the searches conducted by the Israel Defence Forces (IDF) in the area and the tragic death of the child,” the spokesman said.

Palestinian residents said there was no stone-throwing at the time. The military spokesman added that “the details of the incident are under review.”

In Washington, deputy State Department spokesperson Vedant Patel said, “The US is heartbroken to learn of the death of an innocent Palestinian child.”

“We support a thorough and immediate investigation into the circumstances surrounding the child’s death” alongside an Israeli military probe, he added.

Earlier, the occupied West Bank saw protests with men marching in the streets, clutching the body of the little boy. Thousands of people attended his funeral.

People wondered how a seven-year-old stone thrower could harm the Israeli military and said that the forces just wanted to “instil fear and control among Palestinians”. Reuters