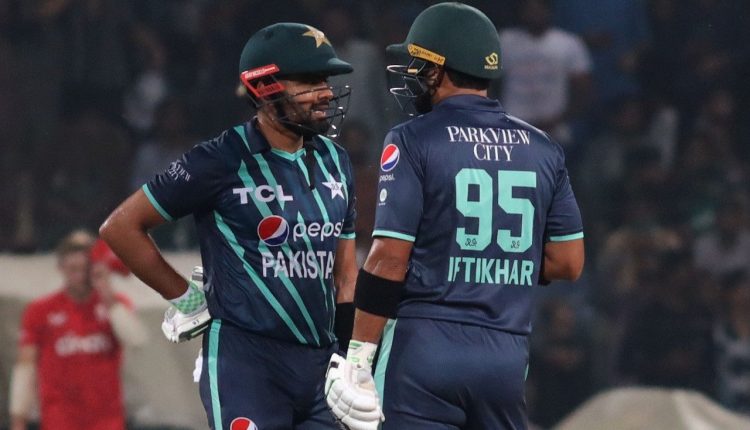 They say past is a mirror in which you can see what the future may look like. It is impossible to predict anything a hundred per cent accurately, but numbers and statistics usually help you to forecast what is to come and what is not.

Pakistan’s recent T20I campaigns, the Asia Cup in the UAE (at Pakistan’s home ground during the international exodus), and the seven-T20I series against England (on the Men in Green’s actual home turf) was a clear prologue to what to expect at the T20 World Cup in Australia (foreign cricketing soil).

Pakistan went into the Asia Cup with a clear conscience that they’ve, finally, sorted a perfect playing eleven, one which can deliver in all situations and all conditions.

The Asia Cup campaign gave us heroes like pacer Naseem Shah. It also showed us that the express pace of Haris Rauf is not only the weapon he possesses in death overs, rather he has matured into a strike bowler and a penultimate over specialist. There was also a special knock from all-rounder Mohammad Nawaz at the number four position too.

However, the biggest question, and some may say the only question, which remained unanswered was the consistent delivery by the middle-order.

The likes of Asif Ali, Iftikhar Ahmed, Khushdil Shah and Fakhar Zaman failed, rather than succeeded, consistently in the Asia Cup and Sri Lanka, one of the underdogs of the tournament, beat us twice on the trot to lift the continental silverware.

Come the England tour of Pakistan for seven T20Is, chief selector Mohammad Wasim hid behind the idea of ‘continuity’ to go with the same bunch, adding in-form Shan Masood and fan-favourite Haider Ali to the mix.

Haider was given a good run of four matches to prove that the Pakistani cricket lovers were right about him, but he failed to make a single mark with the bat.

Shan delivered two slow and steady fifties at number four and number three respectively, but none in a winning cause. He showed he is good, but not the best when it comes to T20Is and definitely not what Pakistan urgently want in Australia during the T20 World Cup.

And the old guard of Asif, Iftikhar and Khushdil once again failed to deliver even one match-winning cameo.

This time when asked if Pakistan was suffering from a middle-order disorder, skipper Babar Azam evaded by saying we don’t ‘care’ or even ‘look at’ what people are saying.

Head coach Saqlain Mushtaq blamed the losses on mother nature, saying it is the circle of life, in cricket. Sometimes you win and some days you just can’t, whatever you do.

The Pakistani fans can be generously forgiving, but they’re equally demanding when the clearly obvious problem is not being rectified. Adding to their frustration is the fact that it isn’t being acknowledged either by the captain and the management.

A glimpse of their frustration was caught by the on-field microphones when Khushdil Shah was dismissed in the last T20I on Sunday at the Gaddafi Stadium, Lahore. Instead of hue and cry, the crowd roared in a jubilant manner, sending a clear message that giving a million chances to the same player will not reap different rewards.

In conclusion, Pakistan is not doing bad in T20Is, instead they’ve done the impossible on occasions in the Asia Cup and the England T20Is.

They snatched defeat from the clutches of Afghanistan in the UAE, levelled the score 1-1 against India after losing the opener to them in Asia Cup, defended two sub-par totals against England in the fourth T20I in Karachi and then in Lahore in the fifth T20I. These are positive signs that they’re getting better at managing the nerves.

However, if they don’t sort out their middle-order before the start of the T20 World Cup, sadly they’re not going to finish the race for the coveted silverware in the first position. There is only one chance remaining to rectify it before the T20 World Cup, the tri-series against Bangladesh and New Zealand, their last chance to bring their middle-order to winning order.