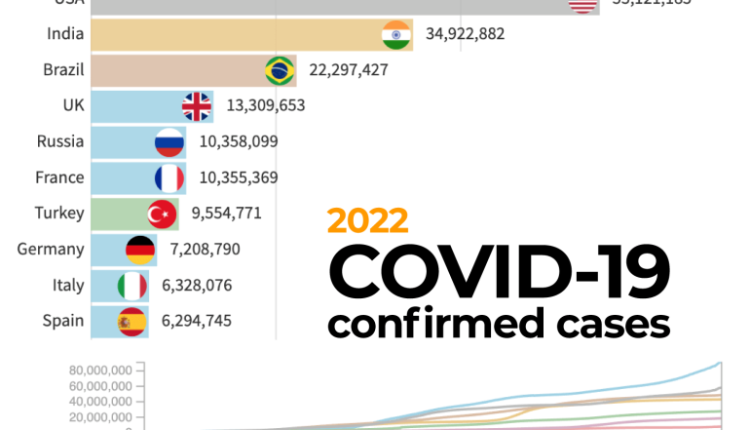 The UK has reported more than 100,000 daily corona virus cases for the first time. A total of 106,122 new infections were recorded on 22nd December 2021, according to official government data.

Daily cases have been climbing at speed since the emergence of the Omicron variant, which is significantly more transmissible than previous strains. The seven-day rolling average of new daily cases is 59% higher than this time a week ago. Infection rates are highest in London, which has been hit hardest by the Omicron outbreak so far.

The risk of hospitalisation in UK with Omicron is two-thirds lower than with the Delta variant, a small study suggests. The study by University of Edinburgh scientists and other experts bases in Scotland was based on only 15 people being in hospital.

Britain’s economy grew at a slower pace than first thought between July and September amid a poorer performance from health, hairdressers and lower trade volumes after Brexit, according to official figures. In a slowdown from a growth rate of 5.4% in the second quarter, the growth rate was worse than initially calculated even before the Omicron coronavirus variant hit. The Office for National Statistics said gross domestic product (GDP) rose by 1.1% in the three months to September, down from an initial estimate of 1.3%.

Dozens of asylum seekers are begging Prime Minister Boris Johnson to help rehouse them, claiming the Home Office accommodation in his constituency is not fit to live in.  The 18 rundown flats in Uxbridge and South Ruislip have housed some asylum seekers for years without any improvements being made – despite repeated complaints. Each apartment has five tiny bedrooms and no communal space, besides kitchens and bathrooms left filthy from a lack of maintenance.