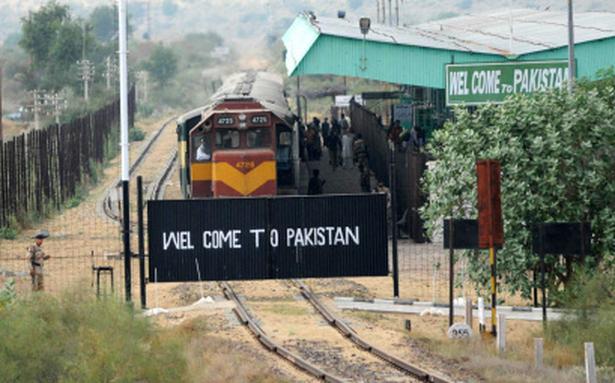 Karachi: Pakistani nationals have demanded the resumption of the Thar Express that allowed movement between India and Pakistan — which has been non-operative for the past three years due to tensions between the two countries that started in 2019.

While there is a barbed wire along the border of Sindh separating Pakistan from India, let people from the two countries meet.

Pakistanis who recently travelled via the Atari border in Punjab to Rajasthan’s Barmer argue that the Thar Express services must resume, News18 reported.

Seven Pakistanis reached Barmer to attend the funeral of a relative there. It took them three days to reach their destination. According to them, the Thar Express was a more feasible option.

They said that the newer option not only took more time because of visas but was also more expensive.

Many families in Sindh with relatives in India’s Rajasthan are troubled due to the closure of the train services and have difficulties keeping in touch with their loved ones.

The train connects Karachi in Pakistan and Jodhpur in India. During the 1965 war between the neighbouring countries, the services were disrupted after damaged rail tracks.

In 2006, after 41 years, the service resumed but was again stopped in 2019 when the Narendra Modi government revoked the special status of the Indian Illegally Occupied Jammu Kashmir (IIOJK) under Article 370. Web Desk