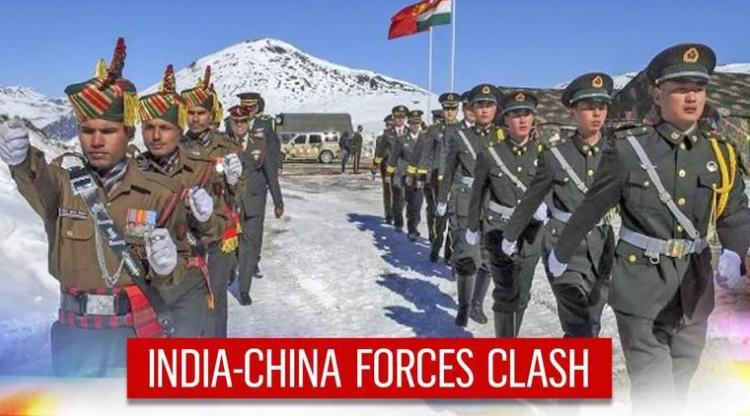 Ladakh: Locals near India’s border with China in the mountainous region of Ladakh have claimed that the Indian government “ceded” land to China after both sides agreed to withdraw troops from contentious areas earlier this month, The Guardian reported.

India and China have been involved in a tense cross-border dispute since 2020 in the western Hima­layas. However, the two nations began pulling back soldiers from the contested area of Gogra-Hot Springs after top-level military mee­t­ings in which they agreed to deescalate the situation.

According to a statement by the Indian government after the agreement on Ladakh issue, the territory on both sides of the border, known as the line of actual control, has been restored to the ‘pre-standoff period’. As part of the truce, buffer zones were created in which neither side was allo­w­ed to patrol their troops.

However, talking to The Guardian, locals and elected representatives of the region have claimed that the buffer zones have been established in areas previously under Indian control.

“Our army is vacating areas which were not disputed at all, while China’s troops are stationed in the areas traditionally patrolled by India,” Konchok Stanzin, an elected councillor from the region, told The Guardian.

Mr Stanzin claimed India had already ceded land during a 2021 agreement to withdraw from areas around Lake Pangong.

“We raised similar concerns in earlier disengagement, like in the Pangong Tso area where our army again lost a huge area,” he was quoted as saying.

“Earlier, our concern was about China’s incursions only but now … our government is giving up our land happily. If India’s approach remains the same, we are going to lose more land.”

Locals are also apprehensive of the intrusion as they have lost massive areas which they used as grazing lands for their cattle, said Mr Stanzin. They fear this will impact their main sources of living — the cashmere wool-producing Changra goats.

According to The Hindu, Mr Gandhi also asked the government to explain how the territory ceded to China will be retrieved?

The stand-off between the two neighbouring nations started on May 5, 2020, after a violent clash in the Pangong lake areas. The tensions reached the tipping point a month later when a hand-to-hand battle in 2020 left 20 Indian and four Chinese soldiers dead.

As the conflict intensified, both sides moved tens of thousands of soldiers and heavy weaponry to the area. Web Desk