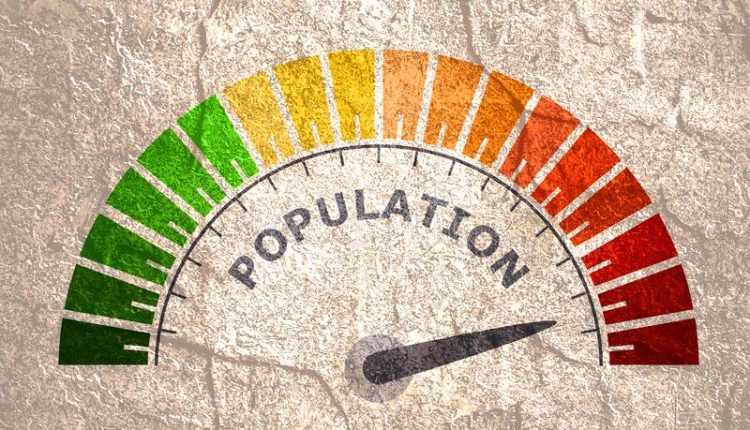 Pakistan’s population has increased more than six-fold since the first post-independence census held in 1951. This massive growth in population poses serious challenges for the country’s socio-economic development.

The high growth in population could be attributed to a number of factors. Pakistan has the lowest contraceptive prevalence rate in South Asia, which has stagnated at 35 percent over the last couple of years. One in five married women in Pakistan is unable to access effective methods of family planning if they want to avoid pregnancy and plan the number and spacing of children. Low contraceptive prevalence may be further attributed to weak service delivery systems and markets and cultural norms.

Pakistan’s last census in 2017 counted 208 million inhabitants, which translates into an annual population growth rate of 2.4% since the previous census of 1998. This pace of growth is lower than that during the previous intercensal period (2.7% in 1981–1998) but much higher than anticipated (1.9%). It is twice the average rate for South Asian countries (1.2%) and above the levels in neighbouring countries such as India (1.6% growth rate between the 2001 and 2011 censuses).

The difference is also striking compared to other predominantly Muslim countries in the region such as Bangladesh and Iran. In Pakistan, the growth rate drove the population upward by an additional 48 million people during 1981–1998 and 75 million during 1998–2017. Such growth means that, if nothing changes, Pakistan’s population will double in only 29 years, whereas the average doubling time for other South Asian countries is about 58 years. To address the ‘alarming population growth rate’, the government of Pakistan established several federal and provincial task forces in 2018 and has released a set of eight recommendations to address population issues. They range from enacting laws restraining early child marriage to decentralizing reproductive and family planning services to local governments.

The contribution of mortality

Falling behind in the fertility transition

Family-planning programmes remain very weak overall, although they have been strengthened at the community level (for instance, through the Lady Health Workers programme), which has led to an increase in overall contraceptive prevalence from 13% in 1990–1991 to 35% in 2012–2013. Since then, it has fallen to 34% in 2017–2018, with only 25% of all married women using modern contraceptives.

Unmet need for family planning remains at 17%, one of the highest in South Asia. This translates into about 6 million married women aged 15–49 who would like to maintain their current family size but do not have access to modern contraception.

The short average interval between successive pregnancies is also inconsistent with a robust fertility transition. The time between pregnancies decreased from an average of 29.1 months in 1990–1991 to 28.0 months in 2012–2013. The trend has been very modestly reversed with a spacing interval of 28.2 months in 2017–2018. This interval is considerably shorter than in other South Asian countries such as India (32.0 months), Nepal (36.7 months), and Bangladesh (51.7 months).

International migration has a mild impact on the total population. Approximately 5.9 million Pakistanis were residing in a foreign country in 2015, with about 2.7 million in the Gulf countries. The number of immigrants to Pakistan is estimated to be quite low, except for the continuous flows of refugees from Afghanistan since the early 1980s (after the Soviet invasion). According to the UN Refugee Agency, about 1.4 million refugees were living in Pakistan in 2018, a number that has been stable over the last decade.