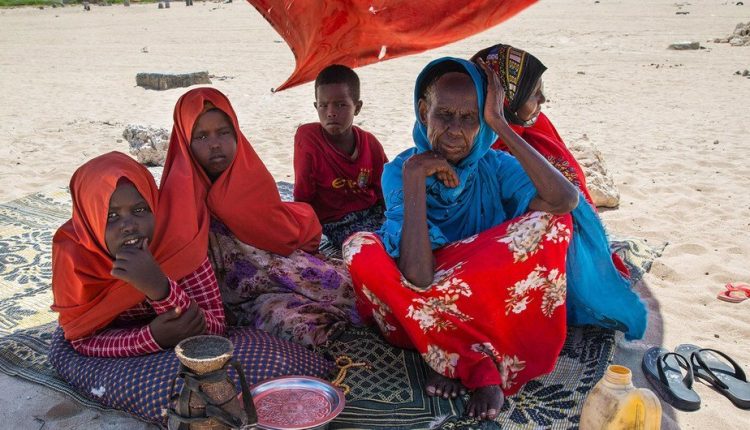 London: Nearly one million people in Afghanistan, Ethiopia, South Sudan, Somalia, and Yemen are starving or will face starvation this year in the absence of aid, as the global food crisis worsens, UN agencies warned.

Local conflict and weather extremes remain the primary drivers of acute hunger, aggravated this year by economic instability linked to the ripple effects of the COVID-19 pandemic and the Russia-Ukraine war.

“The severe drought in the Horn of Africa has pushed people to the brink of starvation. Acute food insecurity is rising fast and spreading across the world. Without a massively scaled up humanitarian response, the situation will likely worsen in the coming months,” said the head of the United Nation Food and Agriculture Organisation (FAO).

Although global agricultural commodity prices have come off record highs in recent months, local food prices in several countries remain high and risk heading back up if a United Nations brokered deal to boost Russian and Ukrainian grain and fertiliser shipments collapses.

Ukraine is the world s fourth largest grain exporter, while Russia ranks third for grain and first for fertiliser exports.

According to the FAO s quarterly  hunger hotspots  report, co-authored by the U.N. World Food Programme (WFP), high prices for food, fuel and fertiliser have forced advanced economies to tighten monetary policy. This has increased the cost of credit for low-income countries, constraining their imports and forcing them to introduce austerity measures.

“These trends are expected to increase in coming months, with poverty and acute food insecurity rising further, as well as risks of civil unrest driven by increasing socio-economic grievances,” said the report.

Earlier, the United Nations chief Guterres warned of an upcoming “winter of global discontent” from rising prices, a warming planet and deadly conflicts as world leaders sought ways forward on Ukraine and Iran.

The UN General Assembly, the annual gathering of world leaders that clogs Midtown Manhattan, returned in person after two years of pandemic restrictions with only one leader allowed to appear virtually — Ukraine President  Zelensky.

United Nations chief Guterres opened the summit with the food crisis issue, show an image of a ship carrying grain out of Ukraine, a symbol of successful diplomacy, but he warned of a dire state of the planet.

“A winter of global discontent is on the horizon,” United Nations chief Guterres said.

“Trust is crumbling, inequalities are exploding, our planet is burning. People are hurting — with the most vulnerable suffering the most.”

With global temperatures rising and a chunk of Pakistan the size of the United Kingdom recently under water, Guterres lashed out at fossil fuel companies and the “suicidal war against nature.” Reuters