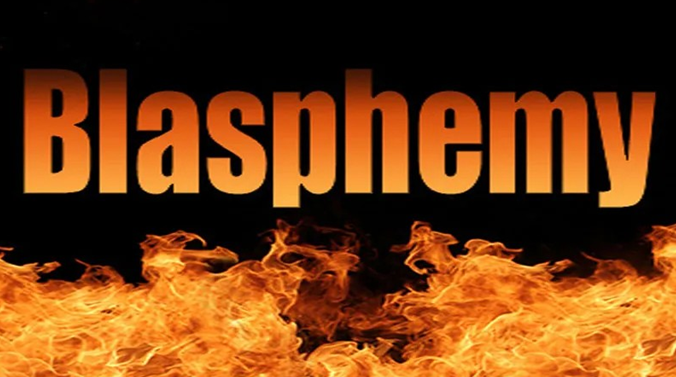 In the past, a few evil-minded journalists/cartoonists committed blasphemy but not only their life were confined rather their respective countries suffered diplomatic & eco repercussions besides damaging bilateral relations with Muslim Ummah. The recent blasphemy act committed by BJP leader Naveen Kumar Jindal and Nurpur Sharma both spokespersons of Bharitya Janta Party (BJP) – ruling party of India, is not mere a coincidence rather a planned game to seek pulse of Indian Muslims and Muslim countries across the globe.

Their acts were so painful that reaction surfaced across the globe in term of strong protests through print, electronic and social media as well as protest march demanding legal actions against the so called BJP tycoons. Muslim countries including Qatar, Kuwait, Saudia Arabia, Afghanistan, Pakistan, Turkey and many others summoned the Indian envoys and conveyed their deep concern. The Organization of Islamic Conference (OIC) and the international union of Muslim scholars also denounced the comments. Ironically, Indian foreign ministry spokesman Arindam Bagchi defended the culprits and rejected the OIC statement expressing as unwarranted and a narrow minded approach. I wish that India should have accorded the highest respect to all religions rather than focusing on Hinduism.

In fact, these statements uttered by BJP leaders were not hypothetical rather it came amid an escalation of hatred and abuse of Islam in India and reflected systematic practices against Muslims and restrictions on them, such as several bans against headscarves in education institution, demolishing of Muslim properties / houses and increase in violence against Muslims. Astonishingly, Indian ministry of external affairs also responded negatively against the views of Muslim countries.

The world has been witnessing the systematic persecution of all minorities – Muslims, Dalit, Advisasis, Scheduled Casts, Scheduled Tribes, Christians and Other Backward Classes (OBCs). World over, majority of countries have agreed that Indian should accord the highest respect to all religions. India should focus on the safety, security and well-being of its minority communities instead of engaging in alarmist propaganda and attempting to foment communal disharmony in India for pursuing their Hindutva ideology. The absurdity of serial violator of minority rights in India is now an open secret. I urge, UNO, OIC, global and regional powers to take a practical step against India rather than giving a lip service for such violation against the Holy Prophet (PBUH).

Fear of unknown prevails in the heart and minds of Indian ruling elites and policy making bodies. They contemplate that as Muslims ruled subcontinent for centuries and perhaps after Ghazwa-e-Hind, again Muslims will become rulers in India. Therefore, there is a hue and cry in India that the Muslim population in India may outnumber the current Hindu majority before long. The fanatic Hindus speculate that Islam, unlike Hinduism, allows blessing of many children. As such, a Muslim household is likely to have more siblings than a Hindu. Hence, the BJP wants to enforce a uniform Civil Code that controls the population.

Though, it was an attempt of BJP to seek pulse and response of Muslim community in India whom they thought have been paralyzed but the Muslims reaction was beyond expectation of BJP government. Protests were held throughout India to condemn Naveen Kumar Jindal and Nurpur Sharma’s shameful acts. The protest of Bombay was historical power show of the Indian Muslims which reflects their zeal, vigor and strength to face and counter Indian aggression. After Bombay, a massive rally of Muslims in Bareilly also exhibited a historical show forcing India to think that Indian Muslims are still alive and can sacrifice their lives in honor of their Prophet. Astonishingly, statements of BJP spokesperson turned as a trigger events which they could not apprehend and now getting pessimistic and delinking from the state.

To counter the reaction of Muslim community in India, across the globe and the world power, India resorted demolishing the properties and houses of Muslims leaders who participated in the protest. In fact BJP is clearly breeding violence and hatred through such acts. So a dream of Hindu rashtra at the expense of millions of Muslims is in fact a distant dream. Hindutva will  split India on linguistic and religious lines into five parts, unless it timely mend its ways.

BJP stalwarts want that every voice that highlights the plight of Indian Muslim is muffled and silenced through intimidation and state terrorism but it is considered to be a buffoon actuation. Still it is time for the BJP government to focus on religious harmony and poverty alleviation for the welfare of the people, rather than turning the Indian state as a warzone.

India should notice that even the non-Muslims have also joined Muslim protestors across the globe exhibiting their solidarity with the oppressed Muslim community in India. India is only state across the globe with 95% of the total population as Hindu, whereas, there are 57 Muslim countries. So, if Muslim country declare social boycott, ceasing of diplomatic relations and trade with India, none from India will encourage even thinking of blasphemy. Therefore, once again, I request Indian leadership to extend the highest respect to all religions rather than pursuing Hindutva ideology which will harm India as a state.

The writer is a student of Defense and Strategic Studies at Quaid-e-Azam University, Islamabad. A research fellow at Pakistan House think tank and Muslim Institute, he is also serving as the Chairman Youth Affairs of Pakistan Study Circle organized by The Consul Magazine.