How Twitter is being used for hate propaganda in India 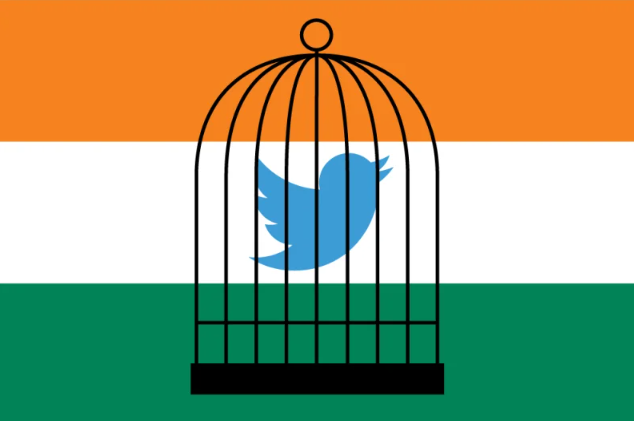 Users from the three countries India, US and UK generated 86 percent of malicious content online, hateful content led to physical attacks on Muslims and mosques. India’s ruling party, the BJP, is responsible for the spread and amplification of anti-Muslim hatred, the BJP has actively normalized hatred towards Muslims to the point where 55.12 percent of anti-Muslim hatred tweets now originate in India.

Last year, the UN urged the international community to “take all necessary measures” to combat anti-Muslim discrimination and “prohibit any advocacy of religious hatred that constitutes incitement to violence,” while warning that anti-Muslim hatred has reached “epidemic proportions.”

Worryingly, this appeal has largely gone unheeded, particularly in the executive suites of social media companies, which have done little or nothing to remove anti-Muslim content from their platforms. This inaction is having a devastating impact on Muslim minority communities around the world, with Twitter becoming a primary source for the spread and amplification of anti-Muslim hatred.

According to the Islamic Council of Victoria (ICV) study discovered nearly four million anti-Muslim posts made between 2017 and 2019 in the Australian state of Victoria, which represents an estimated 270,000 community members. The ICV also identified a vicious cycle of hatred manifesting itself in both online and offline attacks on the community around the world. More than half of these hateful and hurtful posts were created by Indian users alone.

According to the researchers, the proliferation of anti-Muslim hate on Twitter in the United States is almost inseparable from the hateful rhetoric and policies of former President Donald Trump, who ranks as the third most frequently mentioned user in anti-Muslim posts, with many tweets associated with defending his Muslim immigration ban and anti-Muslim conspiracy theories, including those that posit Democrats collaborating with “Islamists” to take over the West.

In the United Kingdom, researchers attributed the prevalence of anti-Muslim tweets to a variety of factors, including Trump’s global reach, anti-immigrant sentiments fueled by the refugee crisis, and the Brexit discourse, as well as the casual racism of former Prime Minister Boris Johnson, who once compared niqab-wearing Muslim women to “letter boxes.”

Researchers were able to identify several key themes by analyzing the anti-Muslim content produced by the three countries, including the association of Islam with terrorism, the portrayal of Muslims as perpetrators of sexual violence, the fear that Muslims wish to impose Sharia on others, the conspiracy that alleges Muslim immigrants are replacing white in the West and Hindus in India, and the characterization of halal as an inhumane practice that typifies the so-called Muslim ban.

“Even more concerning, however, is our discovery that only 14.83 percent of anti-Muslim tweets are removed,” the researchers wrote, citing an increase in hate crimes against Muslim minority communities and, as a result, an increase in anti-Muslim hate speech online.

The gunman was radicalized by anti-Muslim online content, and in the week following his murder of 52 Muslim worshippers, incidents of anti-Muslim abuse increased by a staggering 1300% in New Zealand and 600% in the UK, triggering or inspiring a wave of anti-Muslim violence in England and Scotland, including an attack on a mosque in Stanwell and the stabbing of a Muslim teenager in Surrey.

A recent report documented over 800 attacks on mosques in Germany by right-wing extremists since 2014. Right-wing Indian Hindu migrants have carried out attacks on Muslim communities in Anaheim, California, and Leicester, England in the last month. These attacks have a significant psychological impact not only on Muslims but also on the larger community. It’s inexcusable that Twitter has done so little to remove the vast majority of anti-Muslim content from its platform.

To that end, a 2020 study titled “From Hashtag to Hate: Twitter and Anti-Minority Sentiment” is equally damning of the social media behemoth, finding a direct link between anti-Muslim hate on Twitter and public violence against Muslims.

In the aftermath of the Christchurch mosque terrorist attack, Twitter, Google, and Meta all promised to remove anti-Muslim content from their platforms in 2019. But, as the Center for Countering Digital Hate (CCDH) discovered, social media companies, including Twitter, have failed to act on 89 percent of anti-Muslim hatred posts reported to them.

Simply put, as long as Twitter refuses to remove anti-Muslim hatred from its platform, members of Muslim minority groups will continue to be threatened, harmed, or killed. Muslims across the West will face the same types of attacks on mosques that have occurred in New Zealand, Canada, the United Kingdom, Germany, and the United States in recent years. It has been established that there is a link between online hate and offline hate crimes. Twitter must act quickly.